skip to main | skip to sidebar

I'm in no way a digital photographer, but I do like to mess around on my i-Phone camera! Its so convenient because its usually always on me! Anyway, yesterday, on my bus journey into the City, I was so taken with how beautiful the woods along the Skyline Drive looked, with fresh snow fall and sparkling with ice, (and with my project in mind) that I just had to snap a few pictures. There are of course limits to the control on this little camera, and you just have to accept what you get more often then not, especially when on the move as I was in a NJ Transit bus! Having played with them a little in i-Photo this morning, I am happily surprised by the images. I thought I'd share them with you. 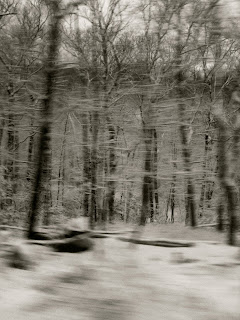 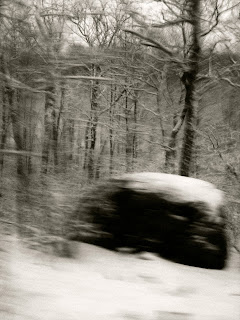 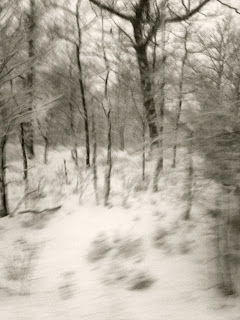 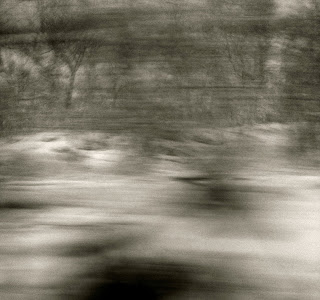 Posted by Claire Gilliam at 1:10 PM No comments:

Birth Of A New Project.

Well, it's a new year (almost Spring, in fact!), and an entirely new creative body of work is under way. I've taken a step back from the self-portraits, and have turned my camera onto my surroundings. It has taken me a few months to get as excited about this work, as I did with my last portfolio 'I Am My Body'. Photography is a strange and wondrous art form; it is obvious that you make pictures because there is something about the scene in front of you that interests you, but quite often you have no idea what that something may be. And yet out of all that doubt, usually with perseverance and faith, something unexpected and magical happens.

A bit of explanation here.... my formal education in the UK was all about concept, that is, a formulation of an idea into a visual realisation. It was not in any way about creating a beautiful thing for its own sake. An art piece had to mean something. It has taken me many years to escape from this mindset, and quite often has been more of a creative block in my work. I confess I am not fully free of it yet, but I view that as a good thing, for what I have started to achieve I believe, is a balance of visual aesthetics, craft, and idea. I tell you this because my new, as yet untitled project has been one big lesson in faith. In the beginning I had no idea what I was doing. I struggled to know why I was taking pictures of trees, yet I was compelled to keep making them. What was I trying to say with the images, what were they about?  Was it ok that the work was so different from my previous stuff? I worried about not having a singular visual voice, the force which adds coherence to your work as an artist. All this worry was getting in the way. I just had to keep shooting, and believing that all this would come together. And finally it has and to my relief, I feel a deep connection with the images.

I have posted a couple of images as examples, but they are poor renditions to the original prints, being digital snaps of the actual photographs pinned to my wall, and don't really do them justice. But you get the idea I hope. 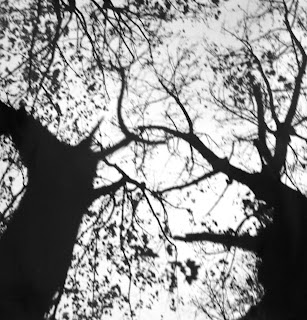 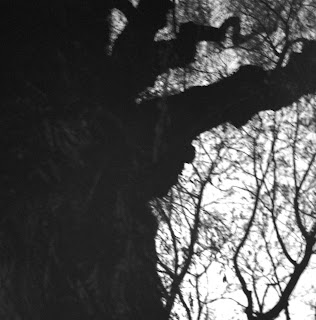 Claire Gilliam
I was born on the south coast of England in 1975 and grew up in the suburbs of South East London. After gaining my Bachelor's degree in Fine Art from Sheffield Hallam University (specializing in photographic and print based media), I threw caution to the wind and flew to Maine, USA where I started what I consider to be the rest of my life! My deep love of photography began that year of 1999 at what is now called the Maine Media Workshops, studying at first with Arno Minkkinnen, and Elizabeth Opalenik and then with the great faculty of the Professional Certificate Program. For the last few years, I have participated in the "Independent Project Seminar" at ICP in New York City with master printer Chuck Kelton, developing four bodies of work including my most recent, ongoing portfolio "This Is You, This Is Me". My work has been shown in the UK, Portugal, Spain and the USA, most recently in the ICP group exhibition "Clues To Identity" curated by Chuck Kelton, at Pen & Brush in NYC, and in F-Stop Magazine ("All About Me" Issue 46). I live in Warwick, NY with my husband, Eugene Lynch and two dogs, Madison and Marshall.